FRIDAY FINDS showcases the books you ‘found’ and added to your To Be Read (TBR) list… whether you found them online, or in a bookstore, or in the library — wherever! (they aren’t necessarily books you purchased).

So, come on — share with us your FRIDAY FINDS!

My Friday Finds this week was discovered when a Twitter friend asked if I would be interested in reading his book.  It looks very promising so I agreed.  It isn’t Young Adult, but I am always open to new adventures in reading.   I will post a review when finished.

The Phoenix Reich by Joshua Lisec

Find the killer, restore your father’s legacy, save the world…all before finals week.

Germany, 1945. Nazi leaders scramble to hide stolen wealth from Allied invaders. Among them are members of the German Christian Church, the spiritual arm of Hitler’s empire. When an American soldier stumbles upon the Church’s loot,  he learns of the master plan to resurrect the Nazi regime—when the time is right.

But the solider dies in action just days before war’s end. The secret, lost.

Virginia, Present Day. A Senator’s home has been consumed by inferno. The nation mourns the loss of a beloved statesman until painful questions are asked. Was it arson? Or the instrument of suicide?

A lost faction of Nazi religious leaders has risen from the ashes of a failed Reich, prepared to revive a government of tyrants built to last a thousand years. To keep the promise of justice made to his late father, Max must prevent the conspirators from unleashing vengeance on an unsuspecting continent.

The first installment of the Max Meyers Adventure series, THE PHOENIX REICH is a fast-paced thriller set against the backdrop of World War II mysteries and the reality of modern-day Nazi conspiracies. (Goodreads excerpt)

Friday Finds is a meme hosted by Should Be Reading. Check out their blog!

Through 7 fiery rounds, numerous strong, confident, talented and amazing female characters have battled, supported by their authors, readers and fans.

A big congratulations to Maggie, Shelly Crane and those who are fans of Maggie and got her through all seven rounds! This is an amazing achievement 🙂

A big thank you to Jennifer and Skyla, for their support and for their amazing female characters – as well as to all the other females who didn’t make it into the Grand Final, their authors, their fans and a special thanks to my beautiful advocators, who took the time and effort to spread the word about this tourney and rally support for their faves!

I’m looking forward to doing this all again next year…but for now let’s hear three cheers for Maggie, the YA Feisty Female for 2013!!

Learning to Drop the Donkey–Is Perfectionism Killing Your Career?

Awesome article by Kristen Lamb, Author of Rise of the Machines – Human writers in a digital world.

All of us want to do a good job. We want to put our best foot forward. We all say that we want feedback and critique, but deep down, if we are real honest, we want people to love everything we say and do. Unfortunately, this isn’t the reality. We can’t please everyone, and it is easy to fall into a people-pleasing trap that will steal our passion, our art, and our very identity.

I’ve seen this happen time and time again with writers. They rework and rework and rework the first chapter of their novel, trying to make it “perfect”—which is actually code for “making everyone happy.” Here is the thing. Not gonna happen. Ever.

One person will say our book is too wordy. Another wants more description. We add more description and then another person is slashing through, slaughtering every adjective and metaphor.

When I was a kid I loved to fantasize about everything,  like living in the wild west like The lone Ranger 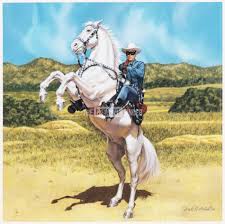 What I wouldn’t give to have a horse like silver!

My other fantasy was at the extreme end of things since I loved all things Star Trek! 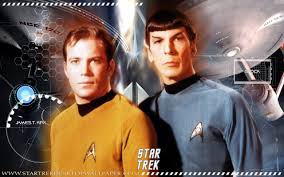 I am so giving away my age using these photos..lol Anyway lets just say I have an active imagination.

These things never go out of date as we can see since these shows have been revived for this generation of fantasizing.  The current lone ranger is phenomenal! 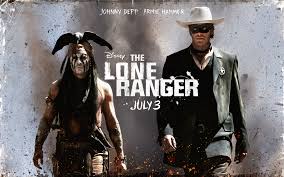 The newest Star Trek movie Into Darkness blew me away totally obliterating the competition in my mind! 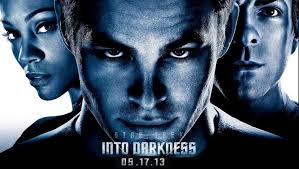 Forget the cowboys and the old west.  Who wants to live with no hot water and all that dust?  I will take a nice clean space ship with an alien like Spock any  day.

So how about you?  If you could choose between going back to the old west and going future into space, what would you choose?  Of course you can cheat and say both like this: 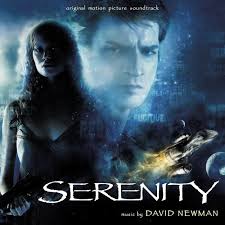 Serenity is a Space Western…sounds like an oxymoron but was actually a really great movie based on the TV series Firefly.

I will still take the Star Trek version of space, but I won’t judge!

So what would you choose?