Yeah Katniss is still in this tournament and now is your chance to help her out.! This is round 6 and only the top 3 move on to the next round.

CURRENTLY IN SESSION: ROUND 6     Voting for Round 6 ends July 20th.
VOTE HERE (click)
This tournament will be going on here, on Goodreads, and via Twitter. 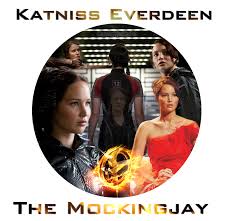