I have to say right up front that this movie was amazing!  I loved the story, the costumes, the special effects, the cinematography…everything!

The movie starts with Catniss and Peeta going home after winning the Hunger Games.   They don’t get much time to enjoy their win however as they are quickly on the road to do a ‘victory tour’ of the other districts and we see the beginnings of a rebellion coming on, much to the dismay of President Snow.  The whole point of ‘The Hunger Games’ is to quell any type of rebellion among the masses that serve the Capitol and since Catniss has found a way to supercede that purpose, President Snow wants her gone.  They come up with a brand new game in this movie in which all the previous victors (including Catniss) have to go back into the arena and fight each other to the death, thus quelling any chance of rebellion.  Catniss would no longer be the Mockingjay and the source of the peoples hope.

The new Hunger Games is totally different from the first right down to the design of the arena.  The participants have to fight poisonous  rain, crazed man eating monkey type creatures,  raining blood, electrified fences, and even mocking jays that cry out like their loved ones in a psychologically terrifying never ending call for help that they can never answer.   The game this time is truly twisted and sadistic.

I don’t want to ruin the movie for anyone so suffice it to say this movie was fantastic.  There were some issues I had with the movie, but they mostly have to do with the pieces missing from the book.  The book was an amazing story and unfortunately you cannot pack all of that into a two hour movie.  Pretending that I haven’t read the book, the movie on its own was a great sequel to The Hunger Games.   I am truly looking forward to the next movie.

I have to add that the costumes and scenes from the movie were so out of this world and they really captured the spirit of the book.  My favorite has to be the wedding dress that Catniss wears on stage and is transformed by Cinna.  It is truly amazing.  The special effects are phenomenal.

I shouldn’t leave without saying something about the cast.  I am a big fan of Woody Harrelson and he does an amazing job as Haymitch.  I love Jennifer Lawrence as Catniss.  She is everything I imagine Catniss to be.  All of the cast is great right down to Donald Sutherland as President Snow.  I enjoyed all of the actors, they did an amazing job.

Well I don’t want to give anything else away so let me know what your thoughts were on the movie.  Did you like it?  Hate it?  Have you read the book? Please leave a comment. 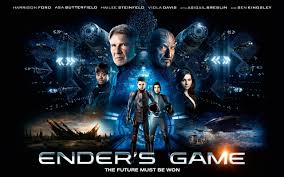 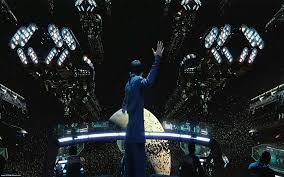