3 days to Kill stars Kevin Costner(Ethan Renner), an older kickass CIA who finds out he is dying.  Much to his regret he realizes that he let the love of his life (now ex wife) and daughter slip away from him for his life of killing bad guys and really amounting to little else. With this in mind he attempts to mend fences and reconnect with his daughter who is now in high school.

What gets this movie going is that a CIA agent (who is after the same bad guy Ethan let slip through his fingers) comes to find him and offers him a deal.  She has an experimental drug that may cure him and will give it to him for said bad guy on a platter…in other words dead.

Amber Heard plays the CIA agent with the cure.  Good actress, lots of badassery (is that a word?) and she is easy on the eyes with or without the blonde wig. 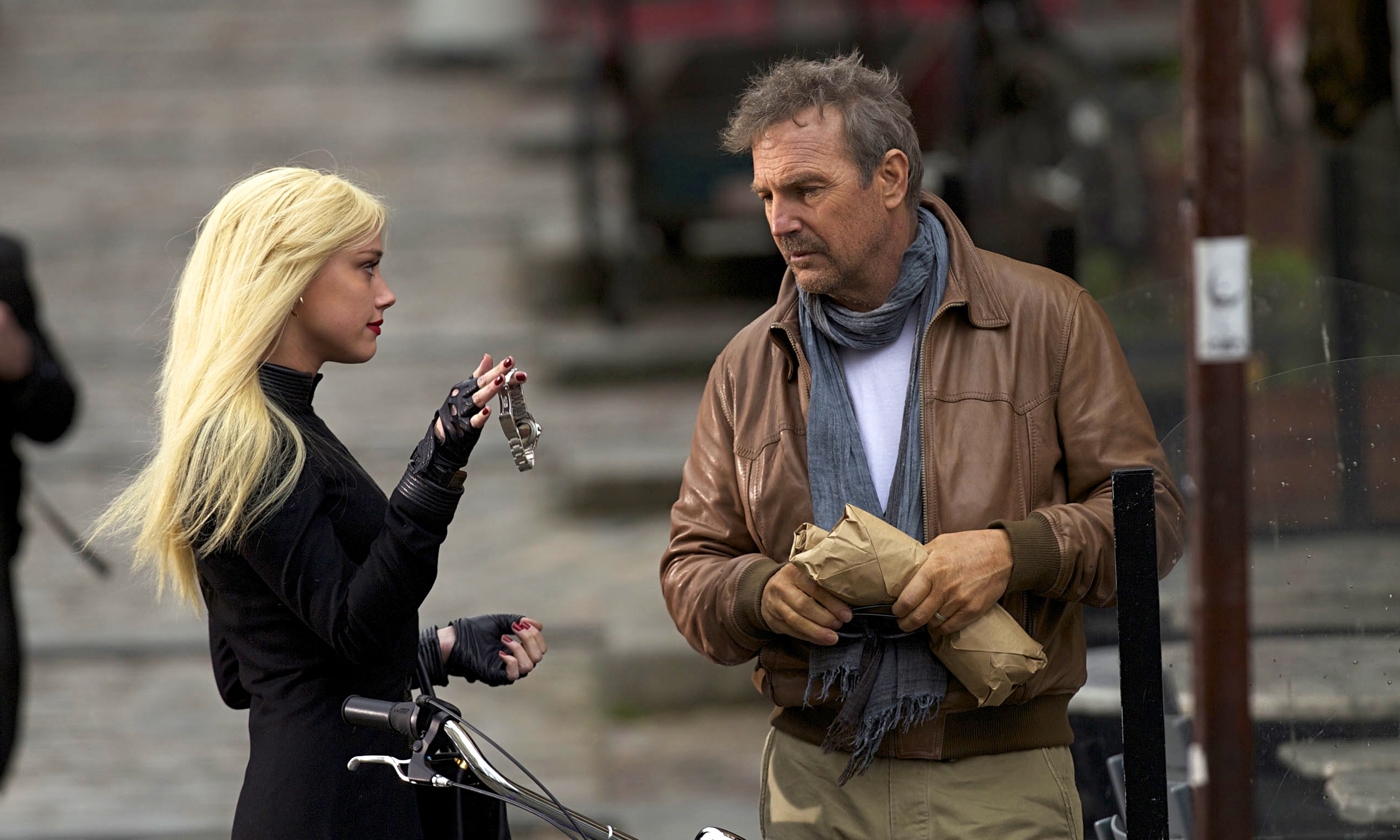 I have to say up front that I am a HUGE fan of Kevin Costner.  This movie has been torn apart by the critics, but I have to say I really enjoyed it.  I love the comedic nature of the film.  Costner is this bad ass who is trying to track down and kill a major terrorist while he is also trying to connect with his daughter, all without her knowing.  It makes for good humour.  I don’t care what the critiques say.  In one scene he has a guy tied up in his bathroom trying to torture information out of him when his daughter calls and he gets the guy to give her an authentic Italian recipe so she can impress her boyfriend with her home cooking.  Realistic?  Absolutely not…funny?  Of course.  Maybe the critics have no funny bone.

Anyway there is lots of smash up explosions and car chases typical of any action movie and it delivers with a punch..even a little bit gory at times. (If you’re into that.)

(Kevin Costner is still easy on the eyes!  I would watch him in anything!)

I have to say I enjoyed the movie for what it was…an action packed thriller with a lot of comedic scenes thrown in.  Is it comparable to Taken or any of the latest action movies?  Not really.  There is no comparing Liam Neeson to anyone really.